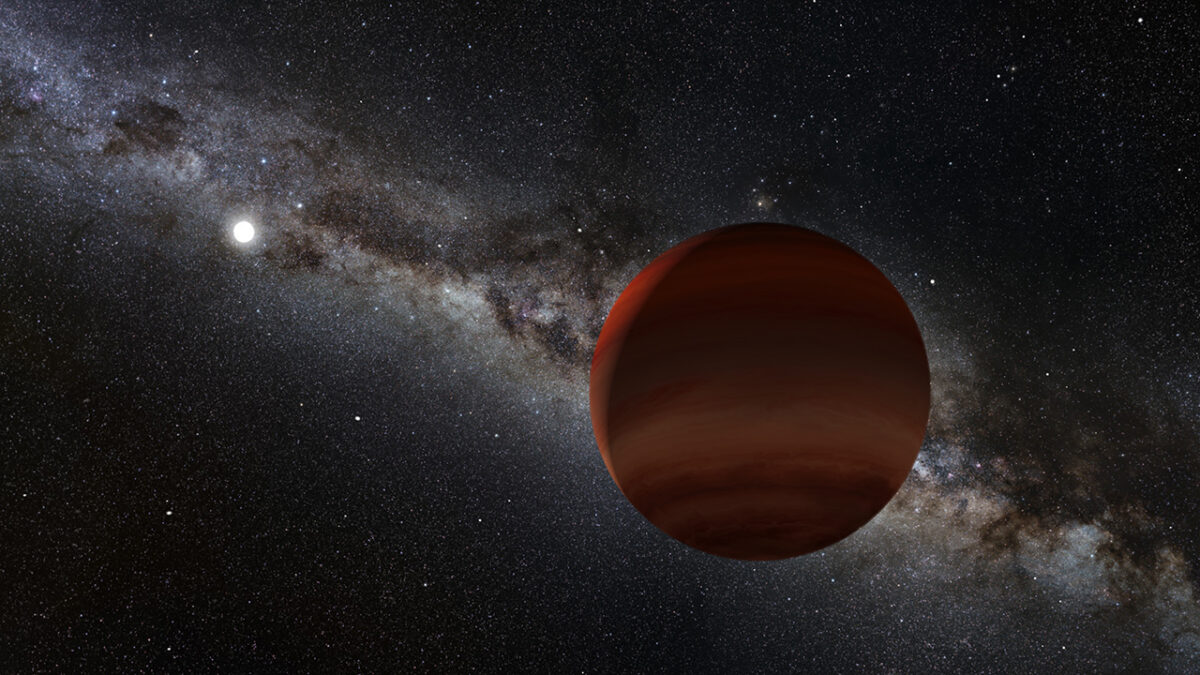 Artist’s impression of one of this study’s superlative discoveries, the oldest known wide-separation white dwarf plus cold brown dwarf pair. The small white orb represents the white dwarf (the remnant of a long-dead Sun-like star), while the brown/orange foreground object is the newly discovered brown dwarf companion. This faint brown dwarf was previously overlooked until it was spotted by citizen scientists, because it lies right within the plane of the Milky Way. Credit: NOIRLab/NSF/AURA/P. Marenfeld

Astronomers using the W. M. Keck Telescope on Maunakea teamed up with a group of citizen scientists, aided by decades of astronomical catalogs from NSF’s NOIRLab Astro Data Lab, to discover nearly 100 new brown dwarfs. These fascinating objects are more massive than planets, but lighter than stars. Brown dwarfs are sometimes referred to as failed stars, as they lack the mass needed to sustain nuclear reactions in their core. The combination of low mass, low temperature, and lack of internal nuclear reactions, make brown dwarfs extremely faint and difficult to detect. Therefore, to make this research possible, astronomers enlisted the help of a citizen scientist project known as Backyard Worlds, which consists of a worldwide network of more than 100,000 citizen scientists inspecting trillions of pixels of telescope images to identify the subtle movements of nearby brown dwarfs. The newly discovered worlds are among the coolest known brown dwarfs, with a few even approaching the temperature of Earth, meaning that they are cool enough to harbor water clouds. Such discoveries offer new insights into the formation and atmospheres of planets beyond the solar system, and identifies a long-sought after missing link within the brown dwarf population.

Read more, in the Keck Observatory press release. And if you want to take part in the backyard planet hunter program, check out their web site.