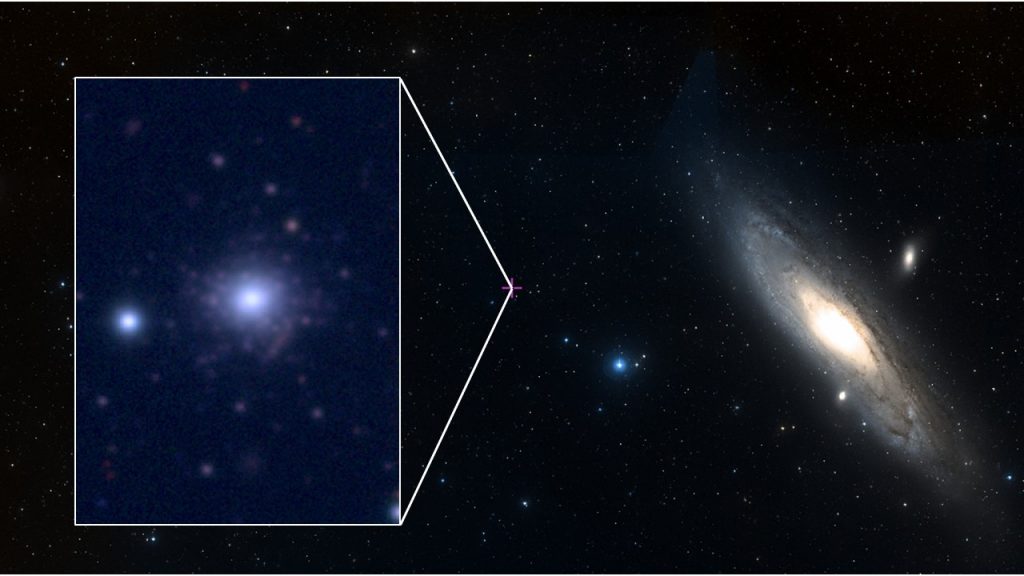 Two Maunakea telescopes (Keck and the Canada-France-Hawaii Telescope) have found a globular star cluster in the nearby Andromeda Galaxy that contains a record-breaking small amount of heavier elements like iron. This finding poses questions about how star-dense globular clusters could have formed in the early Universe. A globular star cluster is a large, dense collection of thousands to millions of ancient stars that move together as a tight-knit group through a galaxy. The stars in the cluster studied here, which is one of the brightest clusters in the Andromeda galaxy, have on average 800 times less iron than our Sun. Hydrogen and helium are the two main elements created in our universe after the Big Bang. Heavier elements like iron formed later.  Until now, astronomers thought that such clusters had to contain a considerable amount of metals (the term used by astronomers to describe heavier elements like iron) as these elements could act as the building blocks needed to form such massive clusters. However, this discovery shows that globular star clusters could in fact form in the early universe out of gas with only a small sprinkling of metals, in turn challenging our current ideas about star cluster formation and the birth of stars and galaxies in the early universe. 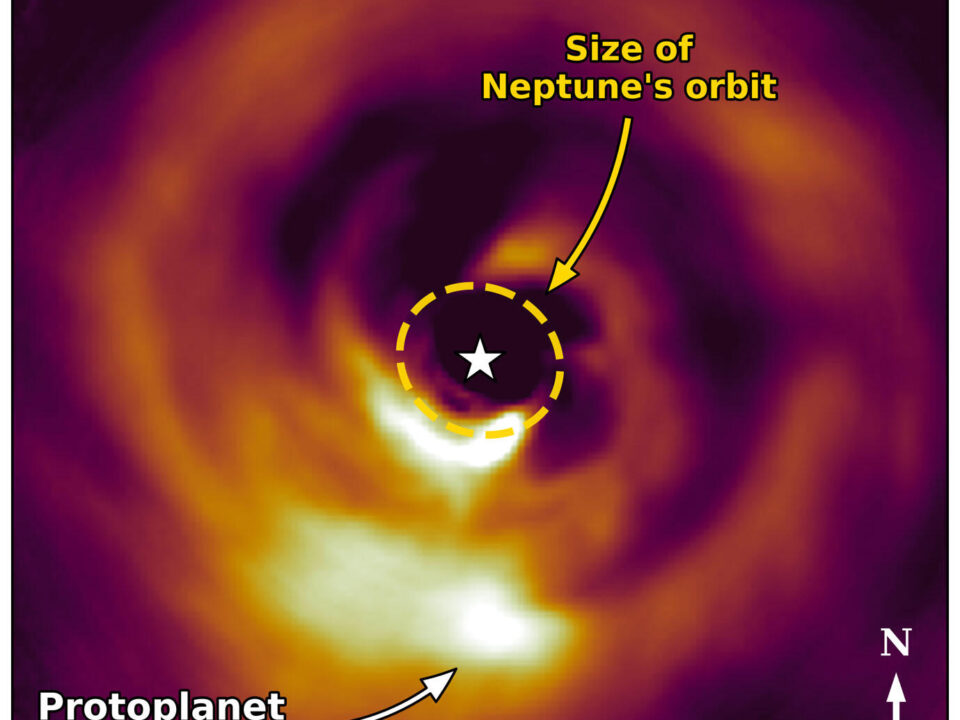