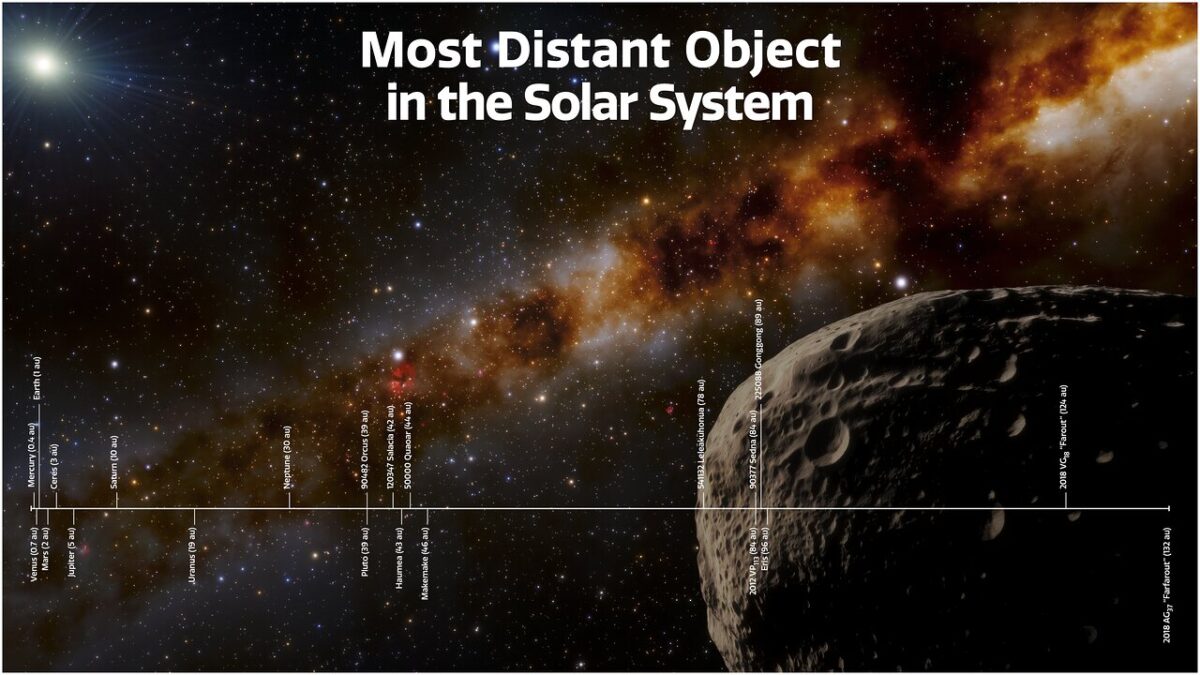 This illustration depicts the most distant object yet found in our Solar System, nicknamed “Farfarout,” in the lower right. Along the bottom, various Solar System objects are plotted according to their distance from the Sun, with the planets and closest dwarf planet (Ceres) appearing at the far left and the most distant Solar System objects known, including Farfarout, on the far right. Their distances are provided in astronomical units (au), with 1 au equal to Earth’s average distance from the Sun. Credit: NOIRLab/NSF/AURA/J. da Silva

Thanks to observations with the Subaru and Gemini North telescopes both on Hawaii’s Maunakea, astronomers have confirmed that a faint object discovered in 2018 and nicknamed “Farfarout” is indeed the most distant object yet found in our Solar System. Farfarout was first spotted in January 2018 by the Subaru Telescope and the discoverers could tell it was very far away, but they weren’t sure exactly how far. To address this question, David Tholen of the University of Hawai‘i and Chad Trujillo of Northern Arizona University, spent the next few years tracking the object with the Gemini North telescope and confirmed that Farfarout is even more remote than the previous Solar System distance record-holder, which was discovered by the same team and nicknamed “Farout.” 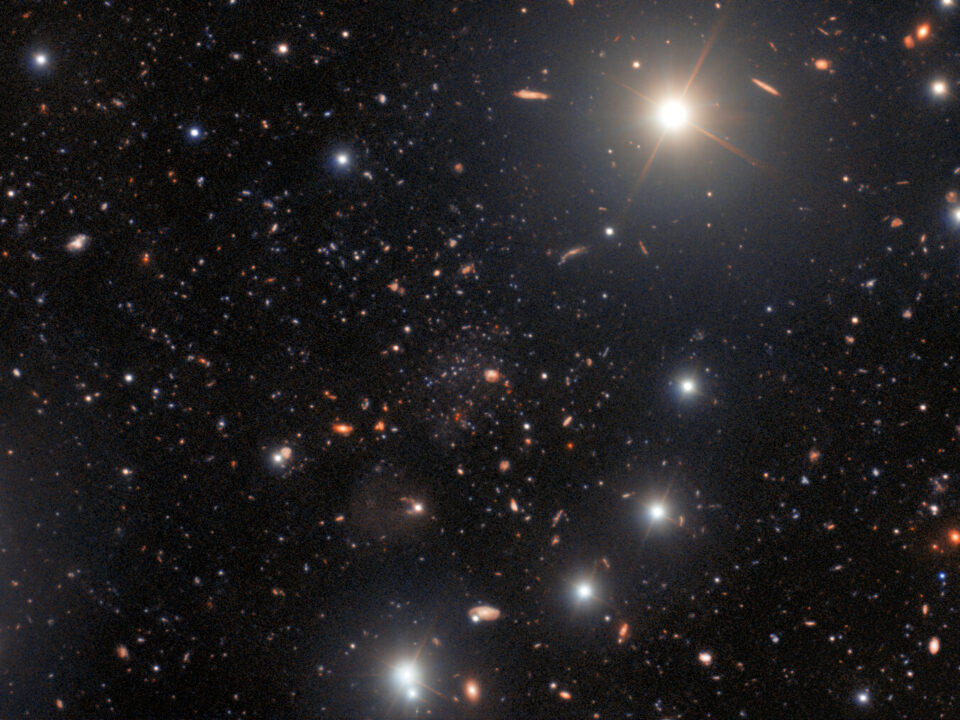