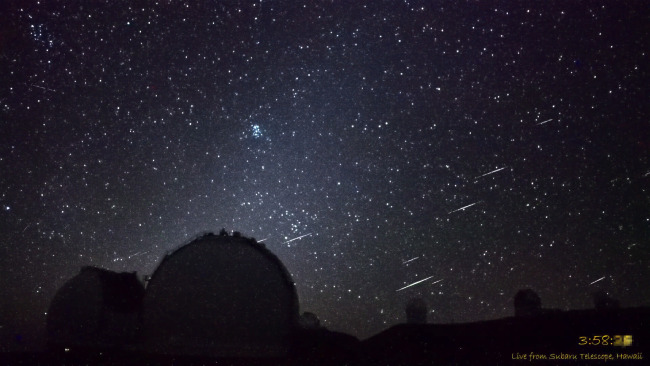 Online viewers of the Subaru Telescope live stream were mesmerised by a cluster of more than a dozen meteors streaking across the dark Maunakea sky in quick succession, in the early hours of July 14th. The objects were also captured by the University of Hawaii’s all-sky camera on Haleakalā. The video is now being analyzed in detail by researchers.